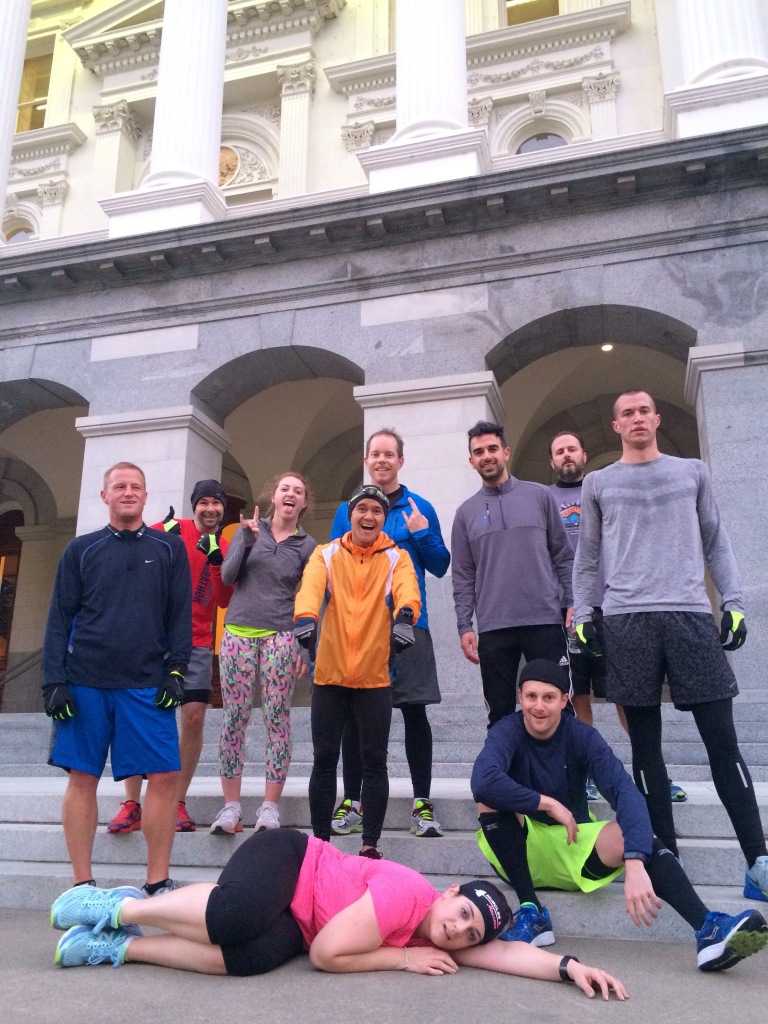 The 5:30 and 6:00 AM run only groups came through as normal and crushed their running as always. Then at 6:25AM the unknown always happens, the unknown of which workout will be pulled out of the bag on any given Wednesday.

For today we threw out one of the older workouts in the pile and did various movements from high-knees, jump ropes, push ups, sit ups, squats, lunges, jumping jacks, mountain climbers, oh and did I mentioned jump ropes … yeah we did a shit ton of jump ropes, but out jump ropes are without an actual rope … we like to pretend sometimes …

After that part of the workout was done, it was time to knock out some partner line drills … one person would go to the first line, get back then the second would go to that same line … until all five lines (created by the bricks on the West Side of the Capitol) were touched.

The workout pushed some to the limits like our boy Benny who actually showed up this morning as he was the last one to leave the steps after sitting down due to some wobbly legs. Some others felt the legs being a bit wobbly as seen by Katie in the group photo and even by Brad who decided to just lie down after the final sprint.

Good job everyone and have an awesome Wednesday!