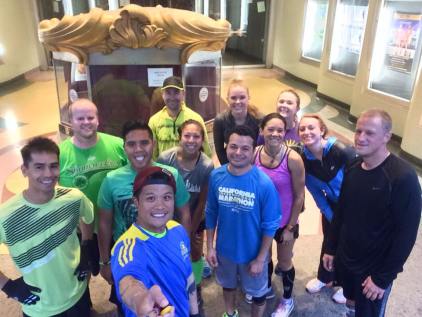 This morning the group was REALLY REALLY F’ing strong! Like 13 deep during the running portions and 12 at the 6:25AM workout … today we had 7 new people from this year join us all at once …

The group is getting bold today too, some people talking running their first marathon and half marathons.

The crew did their normal running around downtown to mid-town followed by some picking up McRunner for the 6AM hour before meeting at the west steps and heading over to the Crest for the 6:25AM destination workout.

10 rounds of cards with some running followed by more running back to the Capitol building before calling it a day. The homies did really well today, and we hope to see the crew grow in numbers … let’s get that Project 30 rolling strong!